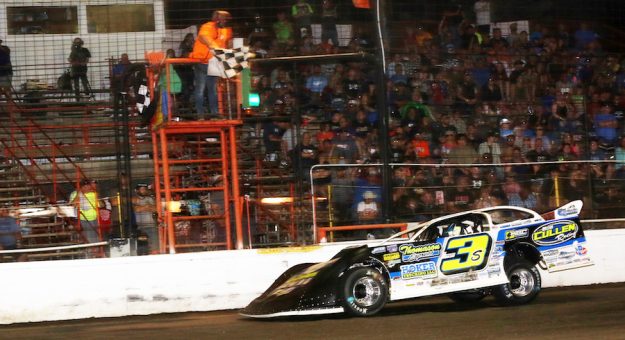 MAPLE PARK, Ill. — It was never a question of “if” for Brian Shirley on the first week of the Hell Tour, so much as it was “when.”. “I felt like our car was pretty good,” Shirley said. 25, Shirley set his sights on Blair with less than half of the race remaining. Blair survived multiple restarts in the second half with Shirley right behind him, but lapped traffic proved problematic in the home stretch. “We came up on them lapped cars and I felt like he got pinched-down, and I just chose to go around him on the outside,” Shirley said. “Wasn’t sure how it was going to play out just because of the way lapped traffic was. We were just getting ready to be in lapped traffic big time.”.