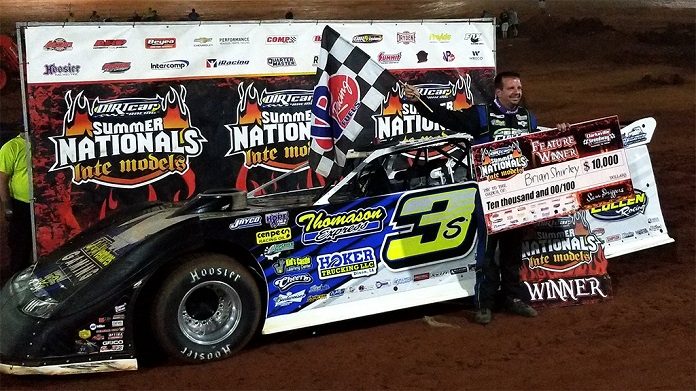 CLARKSVILLE, Tenn. – Ninety feature laps have been contested over the last two days with the DIRTcar Summer Nationals, and Brian Shirley has led every single one of them. A big name among that competition was fellow Illinoisan Frank Heckenast Jr., who caught and passed Shirley for the win just three two nights prior at Springfield. By the race’s final stages, Heckenast had been locked in the middle of a close battle with Dennis Erb Jr. for second, which he surrendered for good on lap 42. Back out front, it was simply another episode of Shirley’s domination, recorded. Shirley went on to collect the checkered and the check, worth another $10,000.