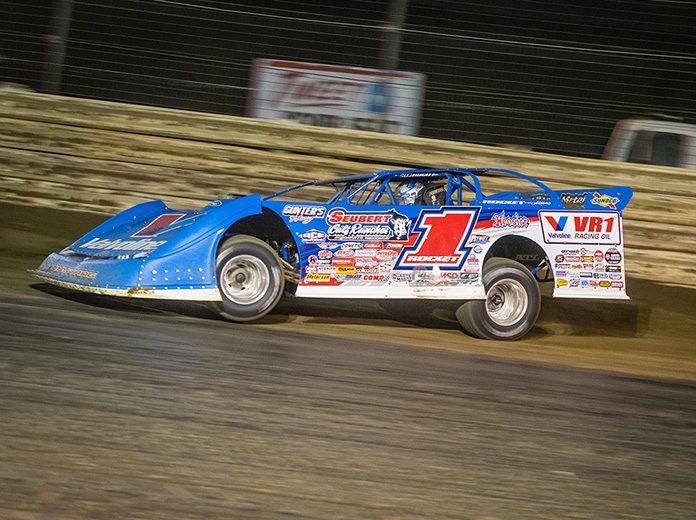 BARBERVILLE, Fla. – Brandon Sheppard’s season-opening run at the Sunshine Nationals in January has only poured more fuel in the fire to claim another Big Gator championship trophy during the 50th DIRTcar Nationals. Sheppard said initially it took time for him to find his rhythm at Volusia before going on a winning spree. “It definitely changed the car up a bunch,” Sheppard said. Few changes were made to his car for this season, he said. The new way for racing the track threw Sheppard for a loop, at first, and forced him to change his driving style. And while the season is only two races deep, Sheppard said points are still a consideration – to an extent. “You want to win races and the points will play out how they play out,” Sheppard said.