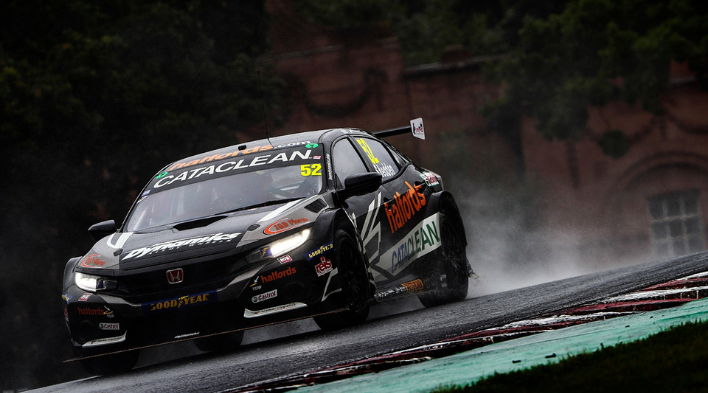 Gordon Shedden (Halfords Racing with Cataclean) ended the second and final day of the Goodyear tyre test at Oulton Park on top, with the Scot posting the fastest lap time of the day on the 2.23-mile circuit. Due to the aforementioned mixed weather, a red flag was issued with just half an hour on the clock, by which point Shedden had already set the lap which would put him on top at the conclusion of the session. Completing the top three times during the session was BTCC stalwart Jason Plato (Adrian Flux with Power Maxed Racing) who also waited out the rain to put in a dry lap time. Having gone quickest during yesterday’s afternoon session, Proctor comes out on top overall, with Shedden’s best lap from the opening day putting him into second over the two-day test.