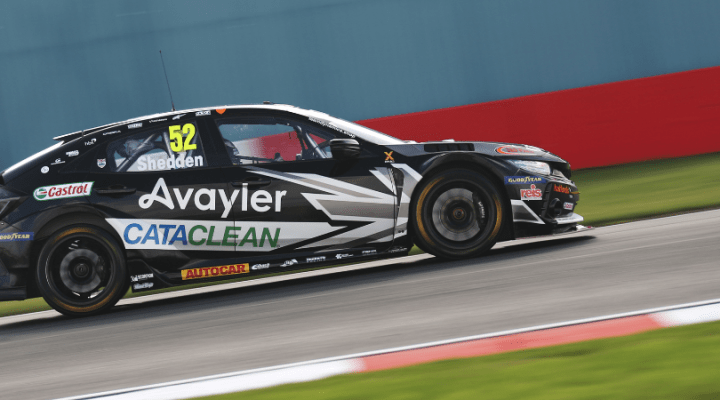 Halfords Racing with Cataclean’s Gordon Shedden impressively led from start to finish in the opening Kwik Fit British Touring Car Championship contest at Donington Park, winning his first race of the season amid a challenging campaign for the Scotsman. Laser Tools Racing’s Sutton produced another consistent performance, only really losing points to Turkington in the championship race, whilst the other contenders returned with mixed results. It was a bittersweet top ten for Jackson as he was caught up in the only significant accident in the race, which ended the challenge of Car Gods with Ciceley Motorsport’s Adam Morgan and seriously dented team-mate Jake Hill’s title aspirations. Race 2 takes place at 1435 and the finale commences at 1720, with all the action being broadcast live on ITV4. with HUB Financial Solutions +20.070s19        Tom CHILTON (GBR) Car Gods with Ciceley Motorsport +20.376s20        Jack GOFF (GBR) Team HARD.