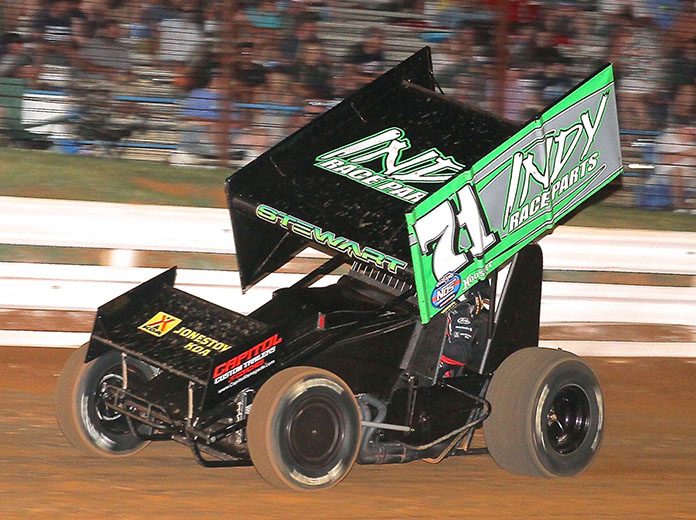 Shane Stewart Proving He Can Still Get The Job Done

MECHANICSBURG, Pa. – Not all that long ago, Shane Stewart was the quintessential hire amongst touring sprint car teams. “Ten years ago, a guy like me could show up with his helmet bag and get competitive rides,” Stewart said. “That’s what it’s boiled down to,” Stewart said of needing funds to ink deals in sprint car racing. “Besides the Knoxville Nationals, coming to Williams Grove is one of the toughest tracks to win at, of any track we go to, for me,” Stewart said. “I was just mentally and physically beat up,” Stewart said. “Honestly, I still want to be on the Outlaw tour full-time, if that’s ever a possibility again,” Stewart said. “I’m happy doing what I’m doing right now,” Stewart said. “I’m not going to say I wouldn’t consider it,” Stewart said.