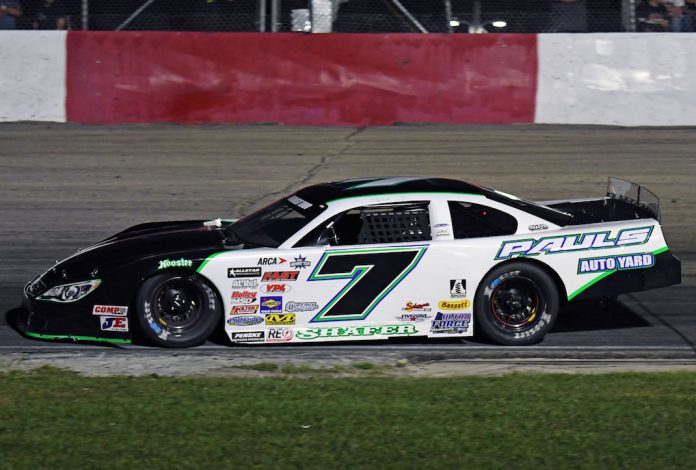 MORRIS, Ill. — The ARCA Midwest Tour returned to the Grundy County Speedway Saturday night with Paul Shafer Jr. capturing the 34th running of the Wayne Carter Classic presented by Rod Baker Ford and Illinois Truck & Equipment. 2 for Shafer, who has finished twice in the runner-up spot in final Midwest Tour points. The closest Baker came to Shafer was when they lined up for double-file restarts after a yellow flag. Despite a late caution flag with seven laps to go, Shafer had a 1.252-second margin over Baker after the 100-lap chase. “There were a couple of yellows there at the end and we were just hanging on,” said Shafer. “We’ll have to look where we are at in points in the tour and decide what we want to do, said Shafer. “Winning the Midwest Tour championship and the Grundy championship are both on my bucket list.”.