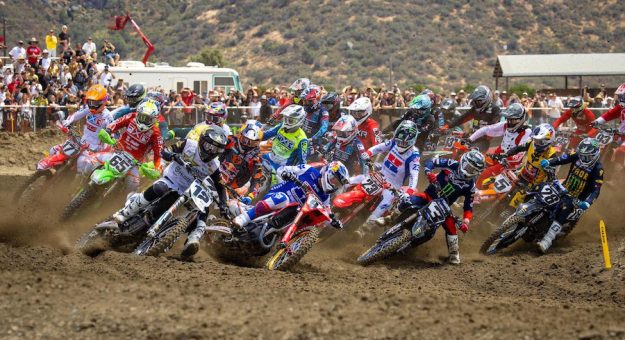 PALA, Calif. — After weeks of anticipation, the 50th anniversary of the Lucas Oil Pro Motocross Championship sanctioned by AMA Pro Racing, kicked off Saturday at Fox Raceway. Roczen separated himself from Tomac through the first 10 minutes of the moto, while Sexton closed in on the Yamaha rider to initiate a battle for second. A persistent Sexton eventually made the pass stick to seize control of the moto. Sexton closed out the moto in strong fashion to capture the first moto win of the season, while Roczen helped secure a Honda 1-2, 15.8 seconds back. Much like the first moto, the battle for the lead spanned multiple laps, as Roczen fended off the pressure. Back out front, Sexton was able to make a pass stick on Roczen and grabbed the lead with just under 10 minutes to go.