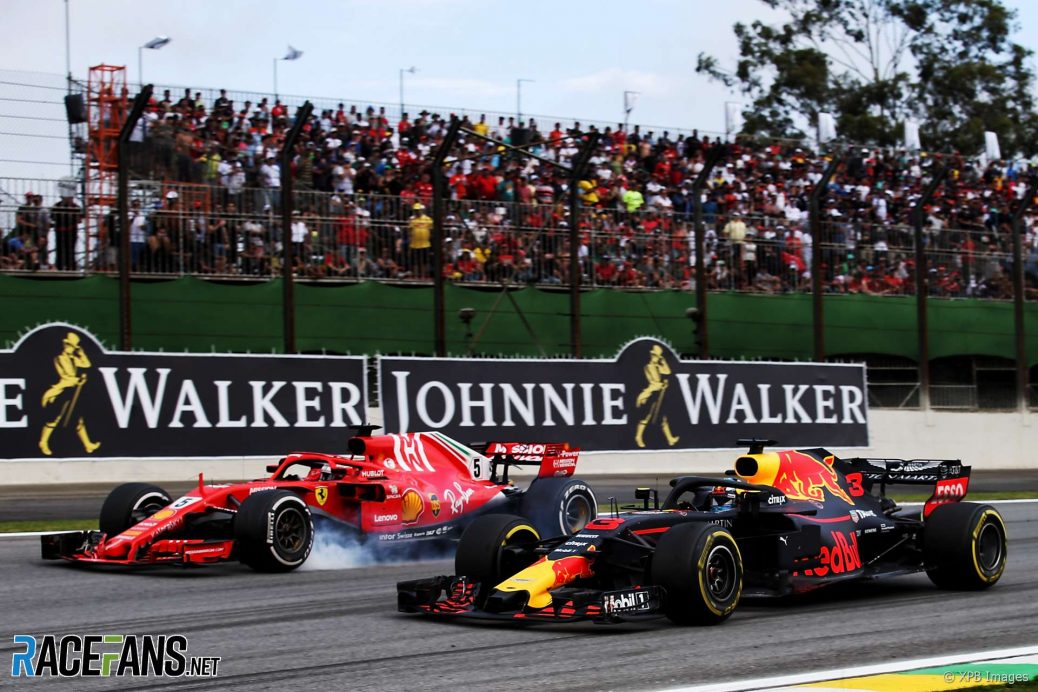 Sebastian Vettel’s race was compromised by a sensor problem and a strategic gamble which didn’t pay off.
Ferrari team principal Maurizio Arrivabene revealed a sensor problem was detected on Vettel’s car before the race began which compromised his pace.
Vettel slipped to sixth place and was told to let team mate Kimi Raikkonen past at one stage in the race.
But it didn’t turn out that was, as Vettel admitted.
Sebastian Vettel: “[We] struggled to get the tyres to work properly and [were] sliding quite a bit so not a good race.”