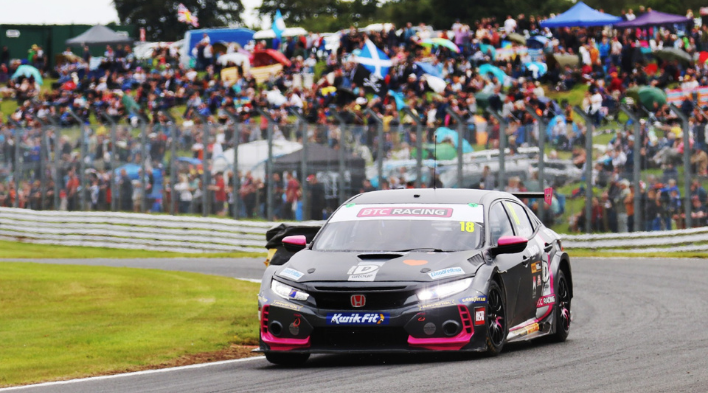 BTC Racing’s Senna Proctor eventually took the result that his pace clearly deserved as the Yorkshireman claimed victory in the final Kwik Fit British Touring Car Championship encounter at Oulton Park. Sutton’s race was run as he tried to return when contact with Laser Tools Racing team-mate Carl Boardley finally ended his challenge. Senna Proctor said:“I made such a mess of race one, it’s nice to be able to repay the team for all the hard work they’ve put in. Obviously, we’d have preferred the race one win over the race three, but we’ll take it nonetheless. “I’m taking away that I need to get some practice starts done and not listen to as many people pre race one. Senna just got away there and 110% during the race I was just trying to peg it back. 2021 Kwik Fit British Touring Car Championship – Race 3 – Oulton Park.