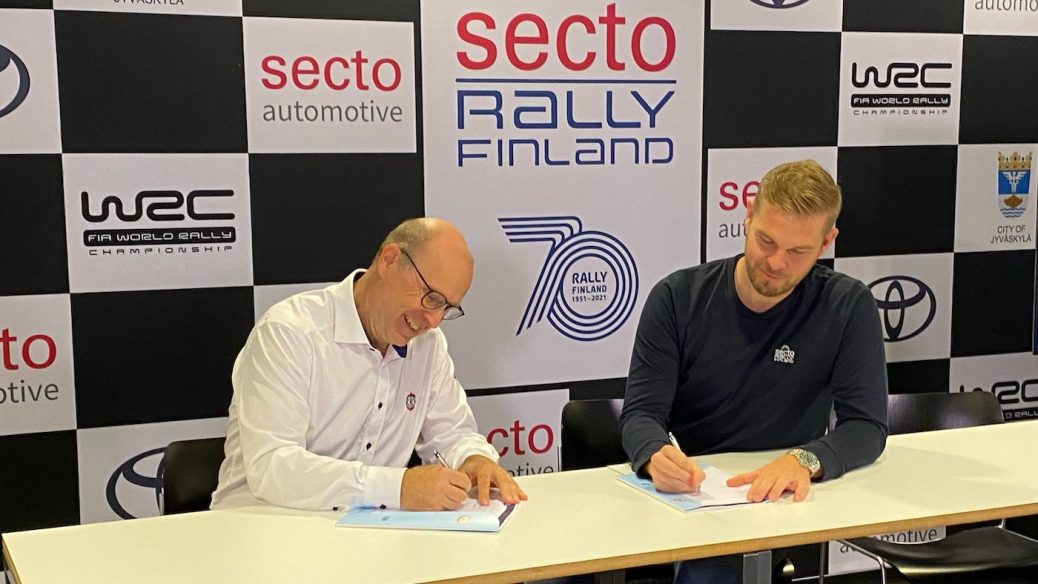 Secto Automotive to back Rally Finland

Car leasing company Secto Automotive was announced as the new title sponsor of the 70th anniversary Rally Finland on Tuesday. Established in 2007, Secto Automotive has more than 4,000 corporate clients and a fleet of over 10,000 vehicles. “Our team is more than happy about this co-operation,” said Secto Automotive CEO Matias Henkola, who will compete in the WRC3 support category at the 10th round of the FIA World Rally Championship.“For us, it’s a great platform to tell our story and gain recognition. Riku Bitter, CEO of AKK Sports, announced the partnership at a press conference in Helsinki. Secto Automotive is no different with a shared vision for what we hope will be a long future together, starting with October’s 70th anniversary event,” he said. Secto Automotive Rally Finland is based in Jyväskylä from October 1 – 3.