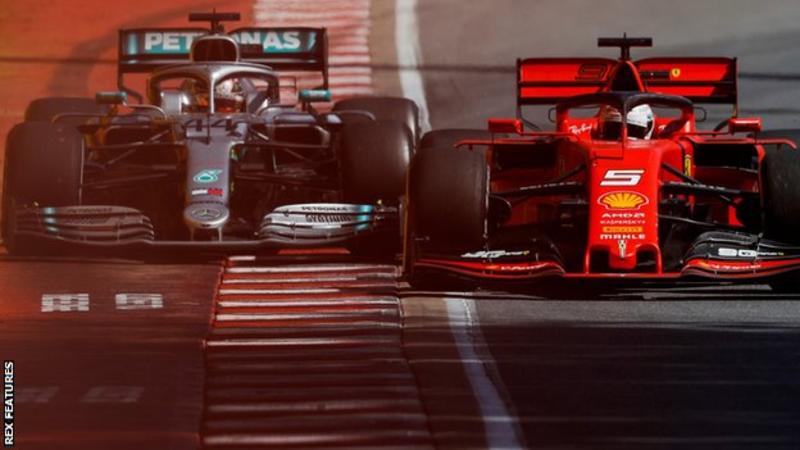 Sebastian Vettel: Ferrari will not appeal against penalty from Canadian GP

Ferrari will not appeal against the penalty that cost Sebastian Vettel victory in the Canadian Grand Prix.
Ferrari said they would appeal against the decision but BBC Sport has learned that on Thursday they told governing body the FIA they would withdraw it.
Hamilton, who had half his car alongside the Ferrari, hit the brakes to avoid crashing into Vettel.
Race stewards decided the four-time world champion had “rejoined the track in an unsafe manner and forced (Hamilton) to take evasive action to avoid a collision”.
Ferrari has 14 days after the incident to decide whether to launch a challenge to the decision under this different route.