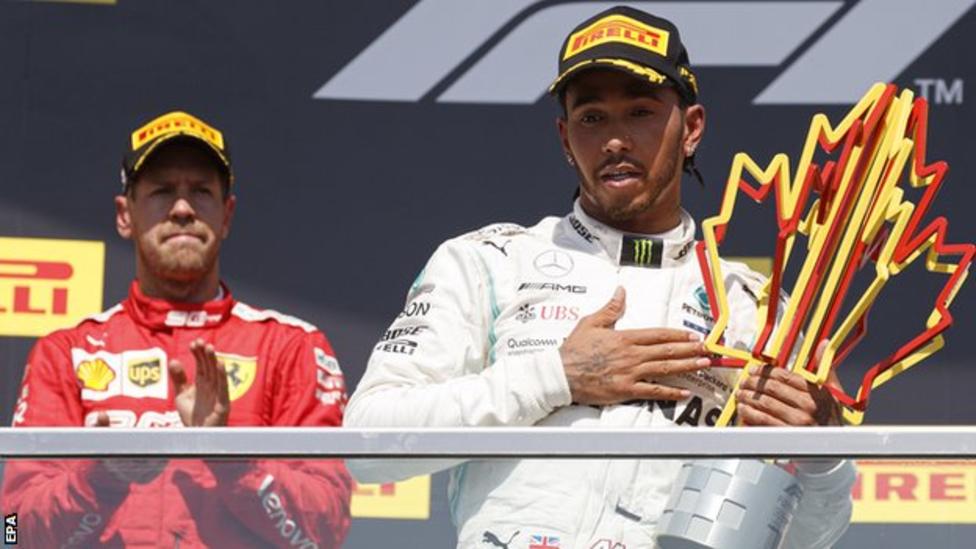 Ferrari have appealed against the five-second penalty that cost Sebastian Vettel victory in the Canadian Grand Prix.
Vettel had made a mistake at Turn Three on lap 48 while under pressure from Hamilton, who said he had to back off to avoid hitting the Ferrari.
Vettel: “I was trying to survive, to keep the car on track.”
Vettel: “I came from the grass, the tyres were dirty and I was fighting to get back on line and get control back of the car.”
Vettel: “I was lucky not to spin, once I regained control I had a look in the mirror and Lewis was right behind me.”