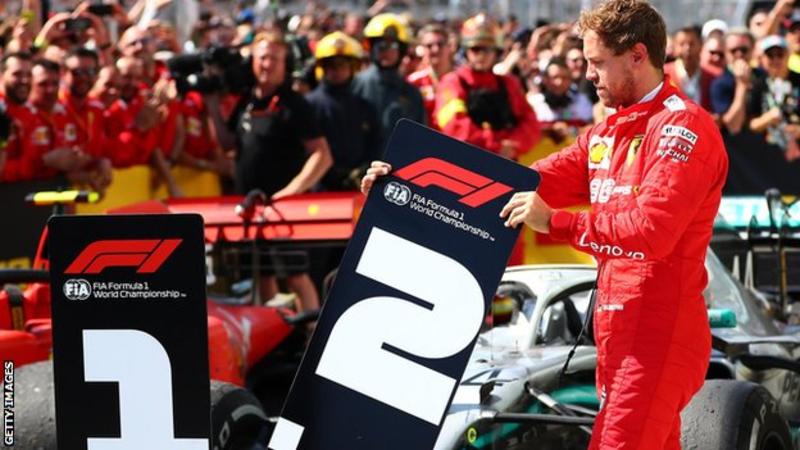 Formula 1 officials will meet on Friday to hear Ferrari’s attempt to overturn the penalty that cost Sebastian Vettel victory in the Canadian Grand Prix.
Vettel was adjudged to have rejoined the track unsafely and forced Hamilton’s Mercedes off the circuit after making a mistake and going off at Turns Three and Four in Montreal.
Hamilton said he had to brake to avoid Vettel’s car as the Ferrari came across the track even though the Mercedes was partly alongside him.
Sebastian Vettel: “Once I regained control, made sure it was sort of all right, I looked in the mirrors and saw Lewis right behind me.”