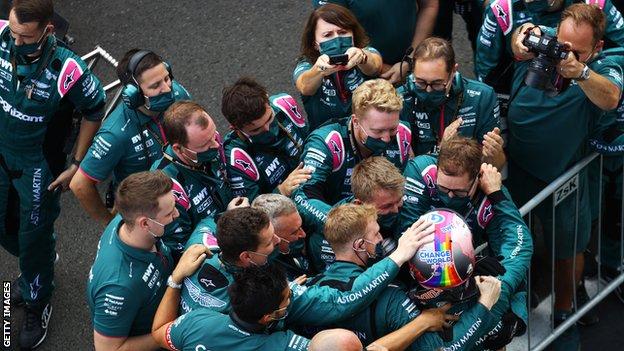 Officials were unable to take the mandatory one-litre sample of fuel from Vettel’s car after the race. Governing body the FIA said it was possible to take only 0.3 litres from the car and it was no defence to claim no performance advantage was obtained. F1 rules dictate teams must ensure a one-litre sample of fuel can be taken from the car at any time during the event. Hungarian Grand Prix stewards said: “The team was given several opportunities to attempt to remove the required amount of fuel from the tank, however it was only possible to pump 0.3 litres out.”.