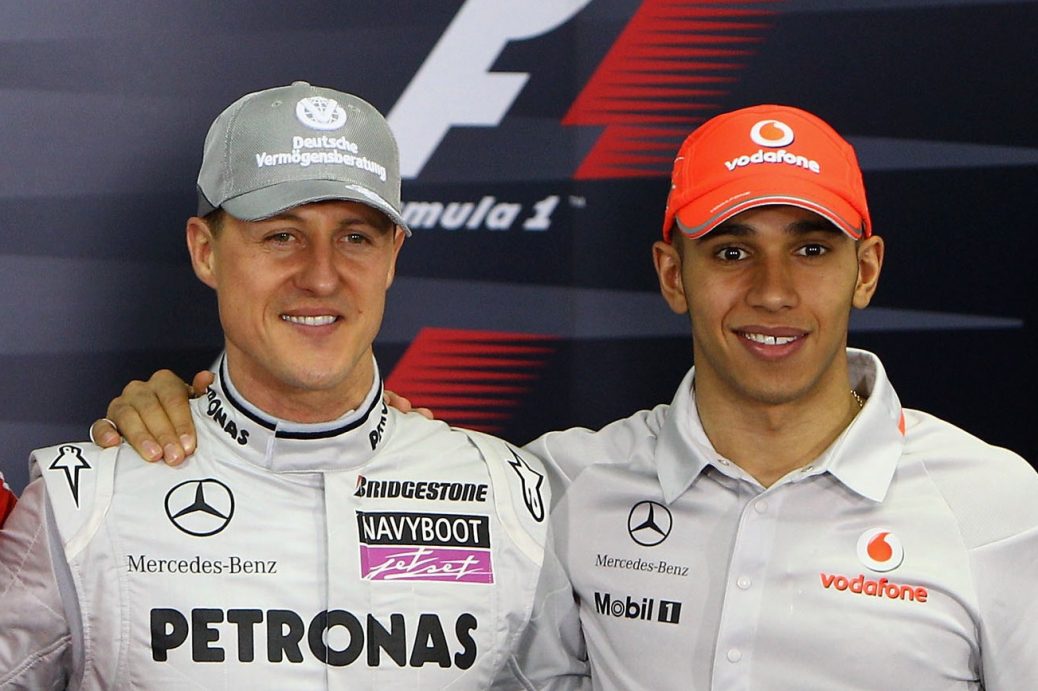 SEBASTIAN VETTEL has backed compatriot Michael Schumacher in the debate over Formula One’s all-time greatest racer. But, for Vettel, his childhood idol Schumacher will always be number one. He told Zeit Magazin: “I still say that Michael is the best of all time, for me. Vettel, 33, has faced off with both drivers during his prestigious career, which at one point looked like matching that of Schumacher. Since that 2018 triumph, the Brit has gone from strength to strength – beating Schumacher’s race wins record before levelling his title tally. “Maybe Schumacher would have had a hard time in the 1950s, and Fangio wouldn’t have won in the 2000s.