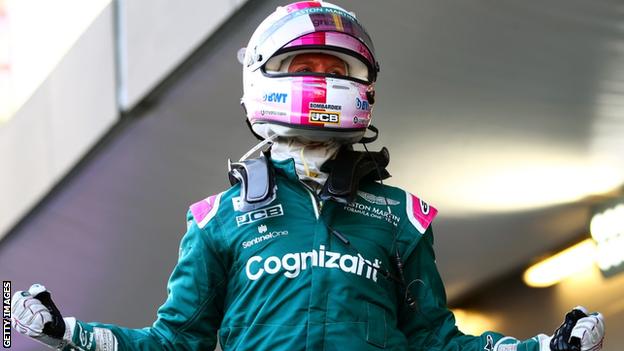 Sebastian Vettel: Aston Martin keen for German driver to race for them in 2022

Aston Martin say they are committed to Sebastian Vettel and are keen for him to race for them in 2022. Vettel, 34, has a contractual option he can exercise to continue with the team after this season, which has a due date in the coming weeks. Aston Martin team owner Lawrence Stroll said: “We are delighted with Sebastian. Stroll said he expected an answer on Vettel’s future “imminently”. Vettel has had an up-and-down season with Aston Martin, who he joined this year after a difficult final couple of campaigns at Ferrari. Vettel has few options other than Aston Martin if he wants to stay in F1. Stroll said he was “unconcerned” by Vettel’s growing involvement in environmental causes, which “have no bearing whatsoever on our strong and ongoing desire for him to continue to drive for us in Formula 1.”. “It’s a hugely significant investment, above 400,000 sq ft,” Stroll said. Stroll said the first phase of building, which had been delayed by almost two years because of the coronavirus pandemic, would be ready in 18 months, the second in 36 months. Stroll said: “This is the reverse of what Ron Denis did with Norman Foster.