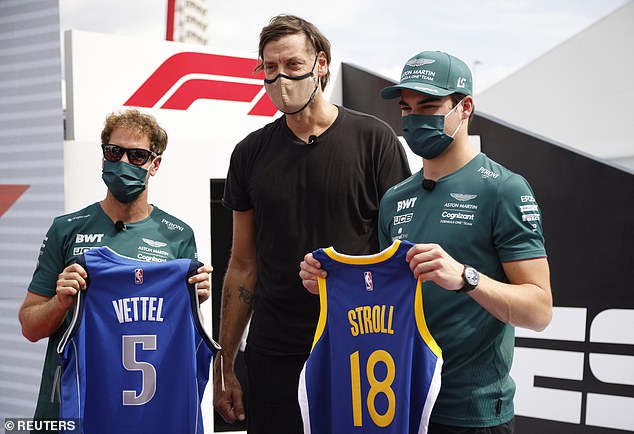 Sebastian Vettel and Lance Stroll win £15,000 for charity by sinking nine out of their 20 free-throws as Formula One and NBA stars link-up ahead of the United States Grand Prix

Sebastian Vettel and Lance Stroll have won £15,000 for charity by winning a free-throw contest as Formula One and NBA stars linked up ahead of the United States Grand Prix. F1 comes to town in Austin, Texas this weekend, with Mercedes’ Valtteri Bottas and Lewis Hamilton first and second after first practice. Vettel and Stroll beat several on-track rivals to secure the money for their chosen charity, the Ann Richards School Foundation. Drivers faced off at the half-court ESPN studio, with the ex-NBA men understood to be impressed by Vettel and Stroll’s combined shooting. Hamilton’s title rival Max Verstappen finished a distant third in opening practice, nine-tenths of a second behind the Brit.