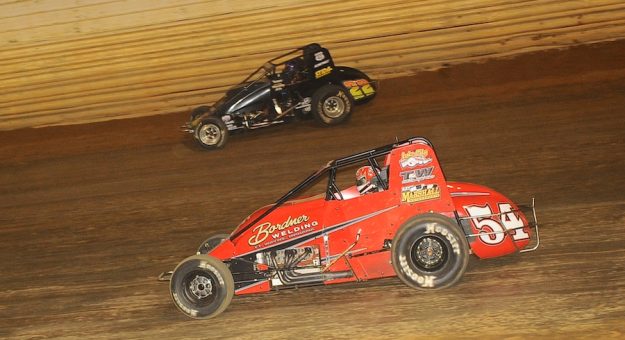 PORT ROYAL, Pa. — They say an individual receives just one opportunity to make a first impression. Making his first appearance at the half-mile track, Seavey won the USAC sprint car feature early in the night and concluded his evening by winning the first USAC Silver Crown race ever run at the track. Ironically, it was Seavey himself who may have inadvertently saved his own race. With two laps remaining and trailing Westfall by a car length, Seavey clocked the turn two guardrail three different times, which sheared off his own right rear wheel cover. Westfall stayed steady and led Seavey by a single car length as the two crossed under Warren Alston’s white flag. “I have such a good race car and we really just based it off how we race at Eldora and these cars are really good there.