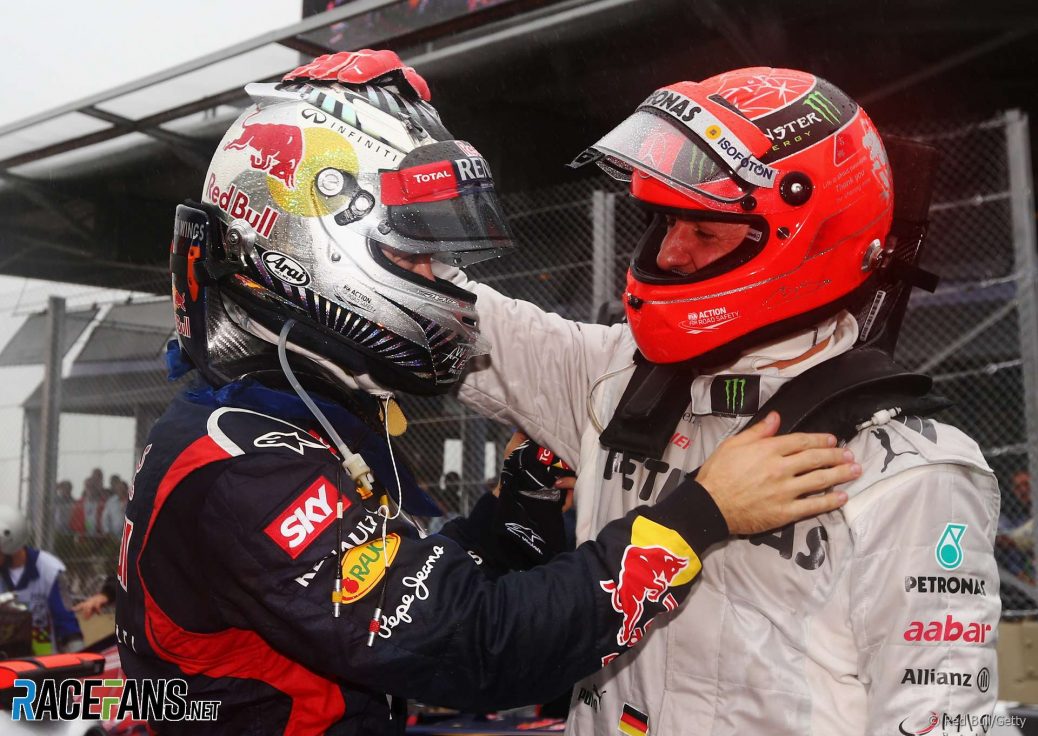 Michael Schumacher’s records remain a long way off being beaten despite the gains Lewis Hamilton has made in recent years, according to Sebastian Vettel.
Hamilton won his fifth world championship this year which leaves him two short of matching Schumacher’s all-time record.
He’s also moved closer to Schumacher’s record of 91 wins, which he is now 20 away from reaching.
Vettel, who has won four world championships and 52 races, said it’s “difficult to compare” his and Hamilton’s achievements with previous drivers.
“I still think that Michael’s numbers are quite far away.”