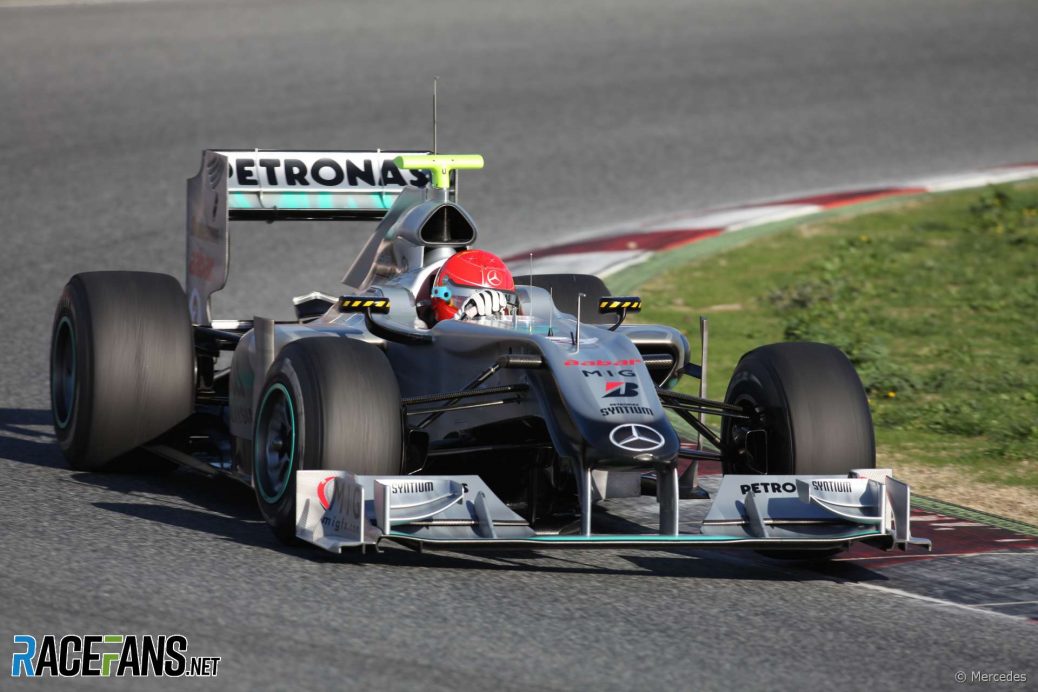 Mercedes have swept the championship in every season since 2014 but Schumacher, who turns 50 today, has been unable to share in their success since he was injured in a skiing crash at the end of 2013.
Among those who were initially unsure about Schumacher was Jock Clear, who had been Jacques Villeneuve’s race engineer when Schumacher collided with the Williams driver while trying to beat him to the 1997 world championship.
Brawn said Schumacher’s return to the team came about after Jenson Button, who had won the world championship for them, made a surprise move to McLaren.