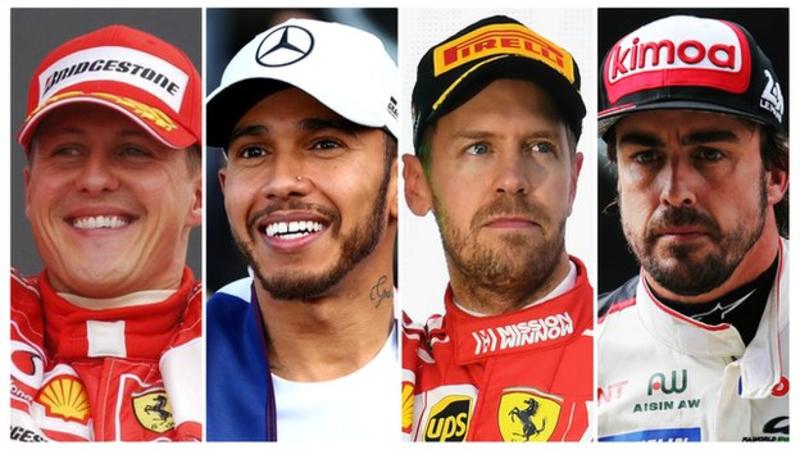 Schumacher, Hamilton, Vettel, Alonso: Who is the greatest driver?

Asked to analyse how Hamilton differed from the other three, Allison said: “Of that cluster, I think he is the quickest, at his best, and he shows us his best extremely frequently.
Allison: “[Hamilton is] maybe not quite at Michael’s machine-like consistency, season-in, season-out, year after year.”
Damon Hill, the 1996 world champion, added that Hamilton’s ability to create the balance he wanted, in both professional and private spheres, had been decisive in enabling him to raise his game in the past two seasons.