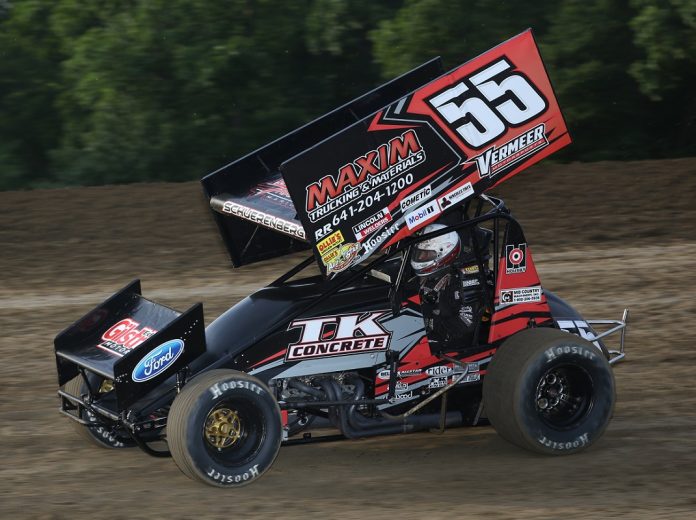 Schuerenberg Set For Full All Star Run With Vermeer

– Vermeer Motorsports has announced that the team will run the full Ollie’s Bargain Outlet All Star Circuit of Champions schedule next year with driver Hunter Schuerenberg. “We just tried to hit as many race tracks as we could this past year,” Vermeer explained. “Some were ones we’d never been to before and others were ones that he (Schuerenberg) had raced a lot without the wing. “We did get off to a rough start, not only on the track, but we had some issues getting to the race track and getting home after the races. Though racing full time with the All Stars will be a new step next year, Vermeer believes that his and Schuerenberg’s part-time schedule on tour this season allows them to set their goals relatively high. “We raced against them a lot this year, and at times we were very competitive.