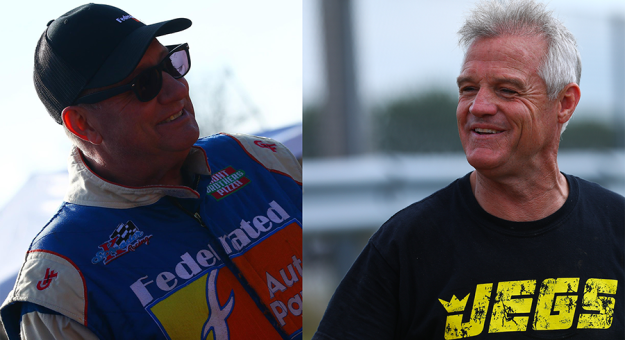 This October, Ken Schrader and Kenny Wallace will make their Oswego Speedway dirt debut and become part of the 50th edition of Racing’s Biggest Party. Both have raced on the asphalt at Oswego in the past – Schrader’s 1989 NASCAR Modified Series start and Wallace’s ASA Late Model appearance in 1986 – but this time, it’s all dirt. “I know from just hanging around [the racing community] how big of a deal this is,” Wallace said. He also owns a Super DIRTcar Series victory – on asphalt – at Sanair Super Speedway in Quebec, Canada, in 1989. Since their time spent racing in New York, both Schrader and Wallace have learned a lot about the reputation of Super DIRT Week and the expanding following it’s kept since its relocation to Oswego in 2016.