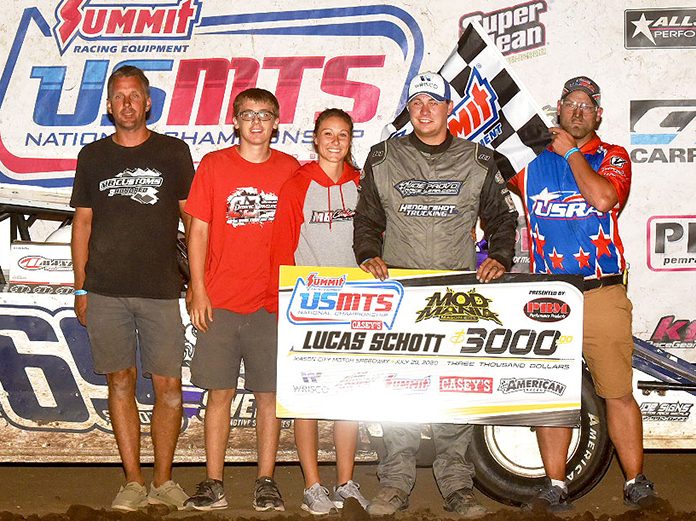 MASON CITY, Iowa – A second night of Mod Mania at Mason City Motor Speedway produced a second winner in as many days when Lucas Schott crossed the finish line to score his tenth career win in the Summit USMTS National Championship fueled by Casey’s. For a second straight night, Terry Phillips garnered enough passing points to be in the redraw and drew eight out of eight to start on the outside of the fourth row. Strength held on for third—his best result in just six career USMTS starts—while Zack VanderBeek held off Jake Timm to take down the fourth spot at the checkers.