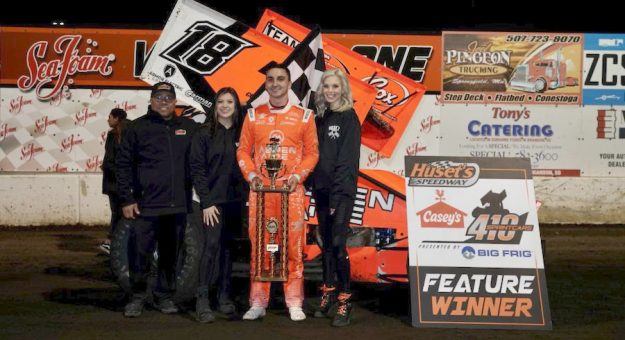 — Three first-time winners claimed victories Sunday at Huset’s Speedway for the third straight week. Scelzi claimed the lead from Blake Hahn on lap 17 of the Casey’s 410 Sprints Car presented by Big Frig main event. “Awesome race track —It was narrow, but the top was good; bottom was good,” said Scelzi. To win any race is very difficult, especially now when it seems like every series in the country has good cars. Olivier led all but four laps during the 18-lap Nordstrom’s Automotive Late Model Street Stocks A Main. Goos Jr. hustled from the 10th starting position into the lead by lap five to win the 20-lap Wyffels Hybrids RaceSaver Sprint Car Series feature.