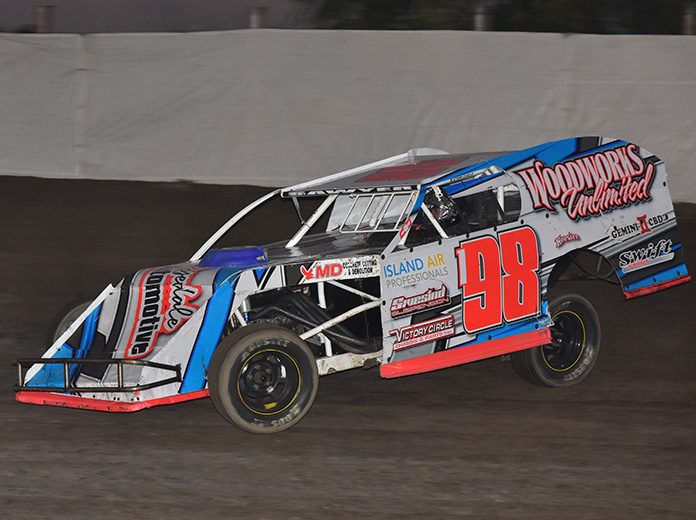 MERCED, Calif. – Robby Sawyer won the opening night of the Merced Speedway Dirt Nationals on Friday night. Shane DeVolder finished a close second after dogging Sawyer for the last five laps of the contest. Troy Foulger who was an early threat, faded in the closing laps and settled for the third spot. Unfortunately for Dotson, his slide job in the fourth turn on the second lap failed and he made contact with Manning, which took Dotson out of contention. With Sawyer easily out front, it would be Brown who would battle Manning while Foulger who was trying the bottom groove. Sawyer and Brown used the top to get back around the bottom feeding Foulger. Sawyer took the checkered flag by three car lengths after starting from the third spot.