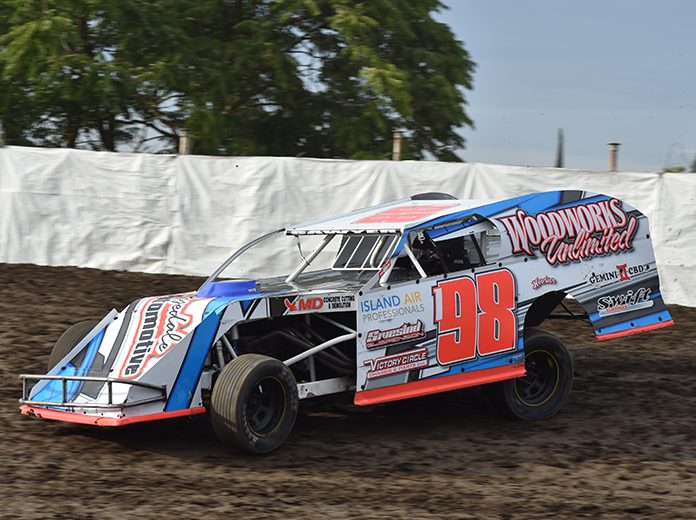 MERCED, Calif. – Robby Sawyer became the fourth different winner in as many nights of the inaugural California IMCA Modified Speedweeks when he took the checkered at Merced Speedway on Thursday night. Sawyer took the lead from Dunn lap seven as Dunn couldn’t hold the bottom of the track any longer. Two laps later Hogge also used an inside move to get around Dunn and set his eyes on leader Sawyer. Sawyer holding his line on the bottom of the track with Hogge and Foulger in his tire tracks. DeVolder had moved into the fourth spot and was visually the fastest car on the track. With 10 laps to go, Hogge closed the gap on Sawyer and moved right up on his bumper.