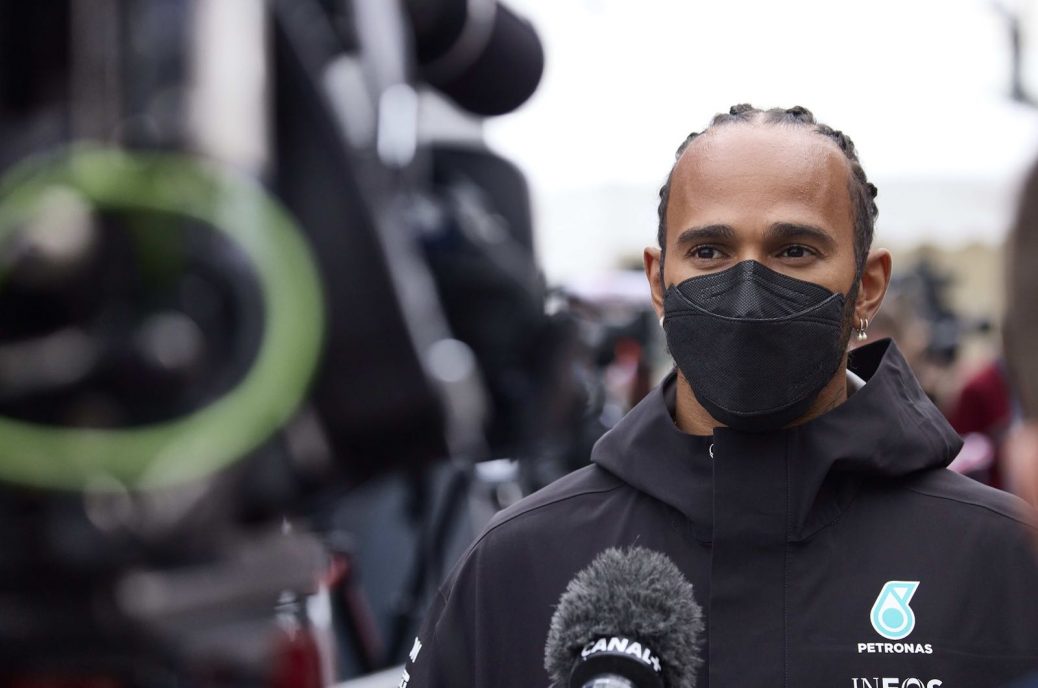 DRIVERS
1 – Max VERSTAPPEN (Red Bull Racing)
2 – Lewis HAMILTON (Mercedes)
3 – Valtteri BOTTAS (Mercedes). Verstappen: Yeah, it’s of course the best starting position, we know passing difficult I don’t expect it to be an easy race, a lot of laps around here and the tyres are struggling through the higher speed but yeah, today was good so I hope of course we can finish it off tomorrow. Hamilton: It’s going to be tough, It’s a difficult circuit to overtake but what a place for us to be racing. Q: Tomorrow, do you think you have some possibilities to overtake on this track?. Verstappen: It was already a lot of fun I have to say from FP1 but to drive this track in qualifying when you have got very low fuel, it was incredible, especially Sector 2 was really enjoyable to drive. Verstappen: Yeah, I think today again was a good step forward compared to yesterday. Q: Looking at the race: how important do you think pole is likely to be here?. Verstappen: Yeah, it’s still very difficult to pass around here, even in qualifying you know everyone was trying to find the gap, not like some other tracks where everyone is trying to find the tow. Verstappen: Of course, I already had a bit of a feel from Austria, Belgium, but of course I know that once you are in Holland and the fans don’t need to travel that far, yeah, it’s going to be even better, right? Hamilton: Well, I haven’t really look necessarily too much at the crowds, apart from when we just came in there and we saw the whole pit straight completely full. Hamilton: Well, I haven’t done any long running, so I don’t really know too much of what the track’s like with heavy fuel. What is it that’s making you look so confident out of track?. Verstappen: I didn’t do any simulator sessions before I got here, so I guess that was the key. I only did two laps, I think, when the track was opened with the banking. Verstappen: I guess time will tell – but I think as drivers you always try to do the best start you can to Turn 1 and then see what happens afterwards. Yeah, Turn 7 and then Turn 8, I do really enjoy that. Verstappen: Yeah, Scheivlak, Turn 7, it’s definitely the best but even as Valtteri said, after that, it’s just that whole… it’s just so flowing and so fast, you feel the grip of a Formula 1 car and with the banked corners, I think it’s very good. Verstappen: My favourite track is still Spa but for me, I think in general when you have quite a bit of downforce on the car, it’s always going to feel better, right, because the car is not sliding around as much and especially a track like this, where also you have a few blind entries, it’s all about just building up that confidence throughout the weekend which on some new tracks, where there’s so much run-off, you don’t really have that, because if you make a mistake you just run wide. Verstappen: It’s old school, you never want to hit a barrier, it hurts but it’s part of it. Verstappen: Yeah, I need to see, I had no clue that it was closed. Hamilton: I don’t think… I don’t really know why that’s ridiculous. Verstappen: It doesn’t look the best, of course, from the outside, but yeah, we all needed a gap.