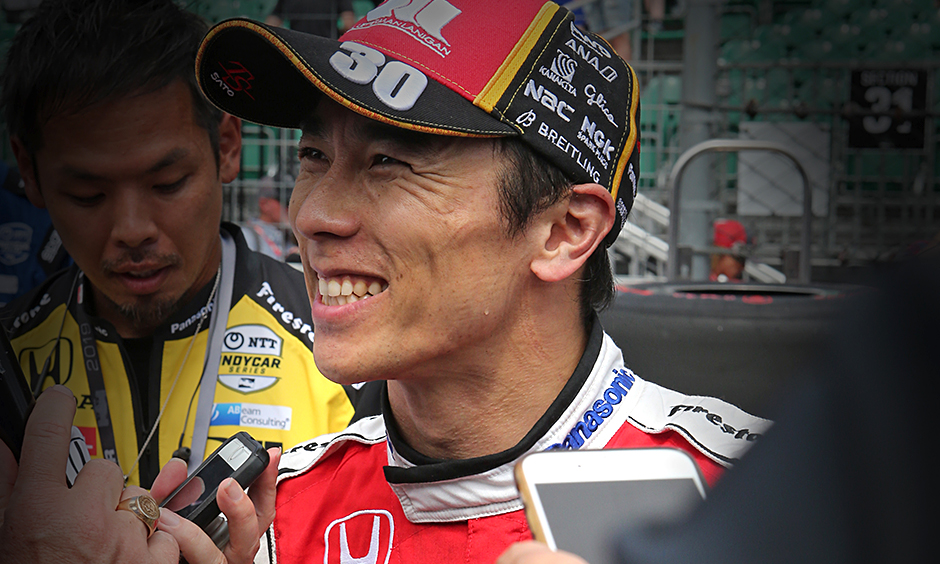 Still mired in 19th place at that points, Sato guided the No. 30 Mi-Jack/Panasonic Honda back to the front – leading again on Lap 176 before making his final pit stop on the next lap.
Sato took the Lap 187 restart in fifth place, but quickly passed Ed Carpenter and Josef Newgarden to grab the podium result.
Sato was quick to congratulate his crew for the effort to get him back from 31st place to within grasp of another Indianapolis 500 win.
Sato has enjoyed some success on the Belle Isle Park street circuit, finishing second in one of the 2015 races and winning the NTT P1 Award pole position for one of the 2017 races.