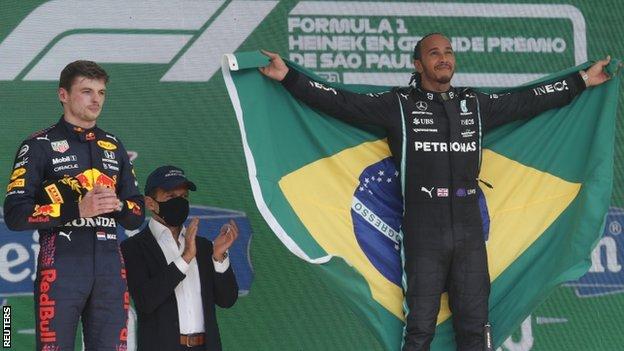 Hamilton’s Mercedes was alongside and partially ahead of Verstappen’s Red Bull on the outside approaching Turn Four. As they entered the corner, Verstappen ran wide, Hamilton took avoiding action and both cars ran off the track. Mercedes F1 team principal Toto Wolff said after the race that it was “laughable” Verstappen had not been penalised for the incident. He ran wide at the apex, just as Verstappen did in Brazil, but Verstappen did not take avoiding action as Hamilton did at Interlagos, they collided and the Red Bull crashed. Hamilton went on to fight back from his penalty to win the race.