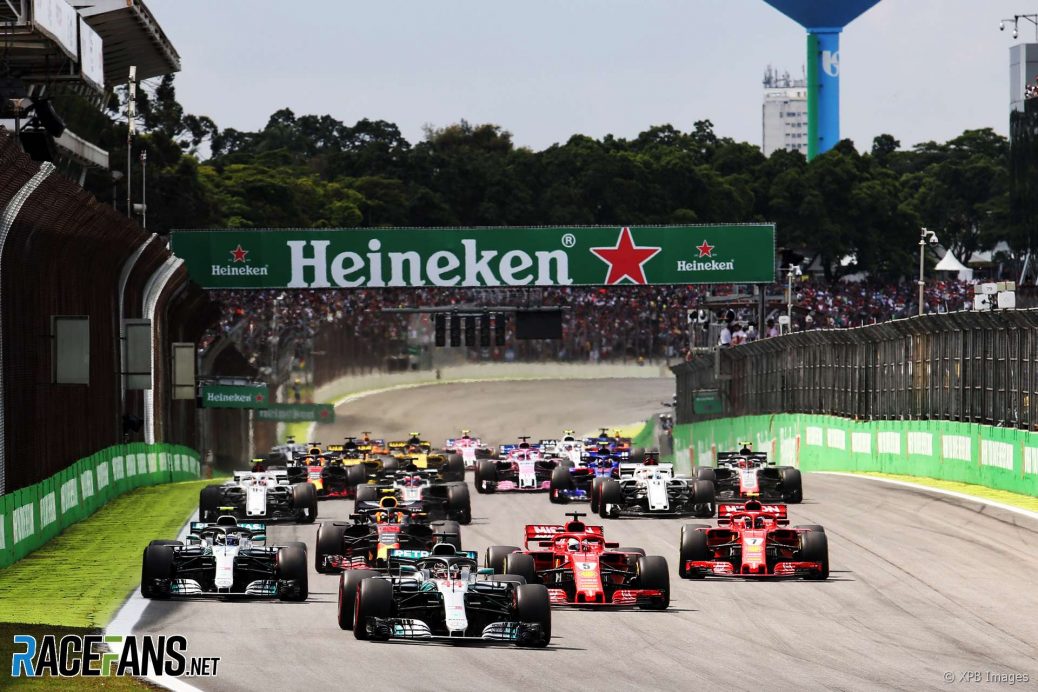 The governor of Sao Paulo has dismissed claims the Brazilian Grand Prix could move from the city’s Interlagos circuit to a new venue in Rio de Janeiro next year.
Brazil’s president Jair Bolsonaro recently claimed the race will move from the Autodromo Jose Carlos Pace to the Deodoro area in Rio.
The first world championship Brazilian Grand Prix was held at the track in 1973, and the championship has raced there every season since 1990.
Rio’s Jacarepagua circuit held the race on 10 occasions, most recently in 1989, but was demolished to create the infrastructure to hold the 2016 Olympic games.