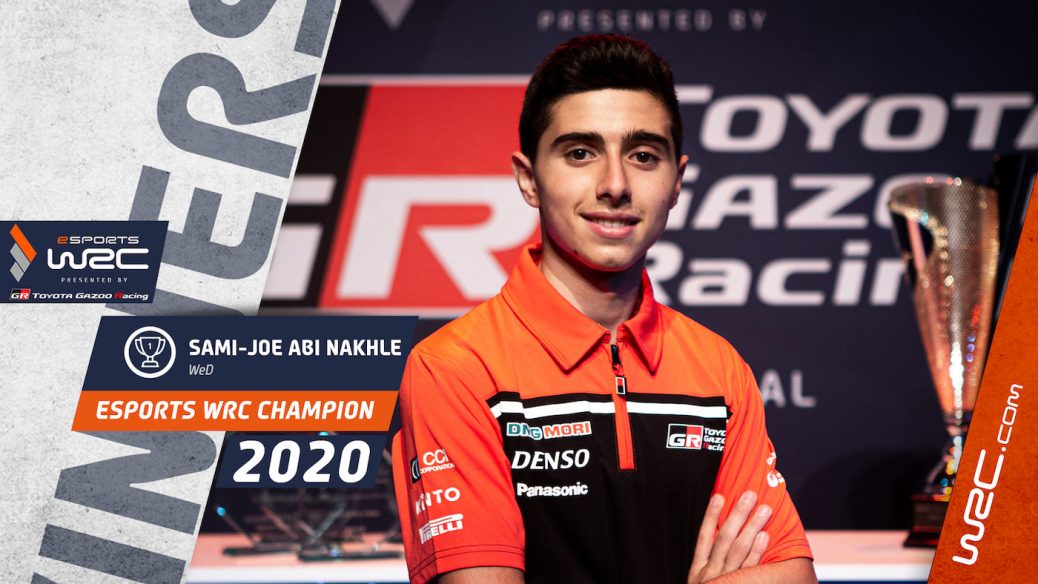 Sami-Joe Abi Nakhle has been crowned 2020 eSports WRC Champion presented by Toyota Gazoo Racing, earning the keys to a Toyota GR Yaris for his efforts. The 15-year-old Lebanese teenager won the three-stage final by more than 10 seconds over second-placed Lohan ‘Nexl’ Blanc, while Dylan Noel rounded out the podium. Abi Nakhle and Blanc split the first two stages with flawless runs, setting up an intense finale on the North Island of New Zealand. “I can’t believe it, it is like a dream come true,” an emotional Abi Nakhle told wrc.com following the victory. “To become a world champion is just a dream for me.”.