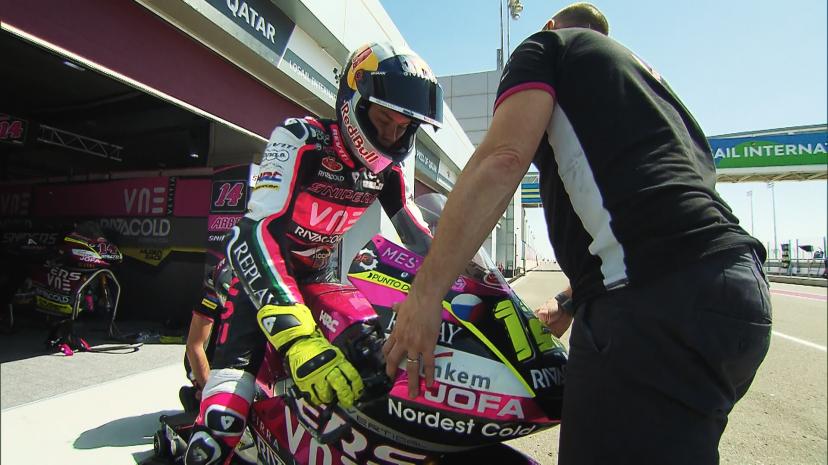 Salač stamps some authority on Saturday

Filip Salač (Rivacold Snipers Team) made a serious mark on the Qatar Test on Saturday, with the Czech rider finishing the day over half a second clear of the chasing pack led by Dennis Foggia (Leopard Racing). The timesheets were close from second down, with Jaume Masia (Leopard Racing) in fourth and Tatsuki Suzuki (SIC58 Squadra Corse) in fifth only split by half a tenth – and Tony Arbolino (Rivacold Snipers Team) made for close company in sixth, too. Albert Arenas (Aspar Team) was the leading KTM in seventh but only just, with Raul Fernandez (Red Bull KTM Ajo) taking P8.