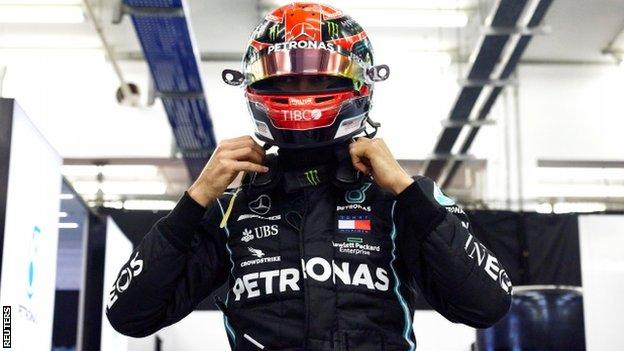 Russell beat Red Bull’s Max Verstappen by 0.128 seconds with the second Mercedes of Valtteri Bottas 11th. The Finn set the fastest lap of the session, just under 0.2secs quicker than Russell, but had the time deleted for exceeding track limits. It was in that sector that Bottas made his error, sliding slightly wide through Turn Eight and having his time ruled out. Russell also set the pace in the first session, when Bottas damaged his car early on running over a kerb, also at Turn Eight. Bottas also had two slight off-track moments on his race runs, sliding wide in Turns Five and Six.