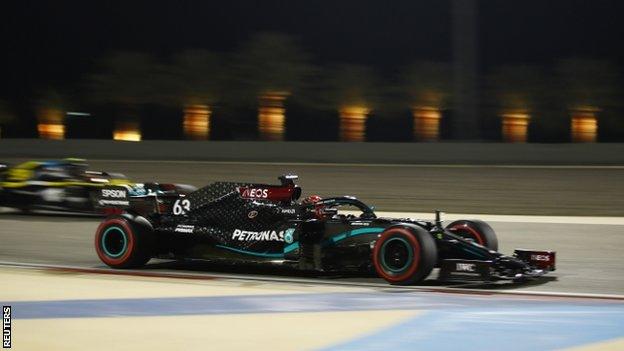 The second Mercedes of Valtteri Bottas was fourth, 0.322secs off the pace. Russell, who is a Mercedes protege, has been driving for Williams since he made his F1 debut in 2019. Russell, who has been a Mercedes young driver since 2017, has done a total of just over 6,500km of testing for the team but had not driven this year’s car for real or in the simulator before this practice session. At 6ft 1in tall, Russell is five inches (14cm) taller than Hamilton. He spent his first run acclimatising to the car and ended it a second slower than Bottas. On his second flying lap of the run, Russell almost matched his first time, and then on his third he knocked a further 0.3secs off to end the session in impressive style.