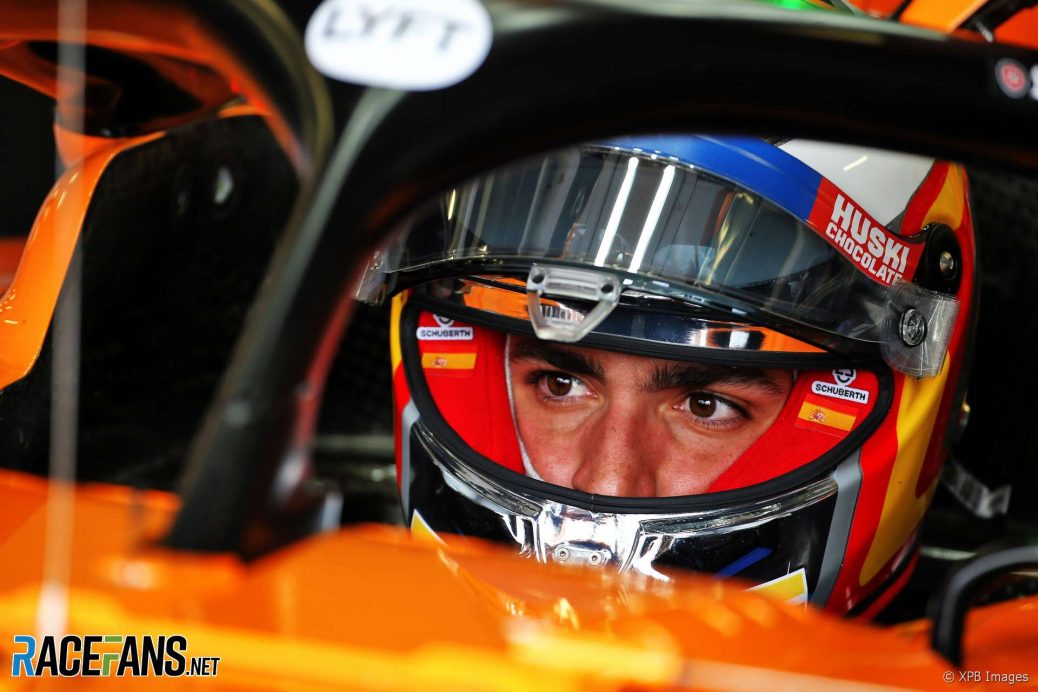 “Given how bad it started, the first few races, and how unlucky I was during those first two or three races, to be where I am at the moment I think it’s really positive,” said Carlos Sainz Jnr.
However Sainz, who leads his midfield rivals comfortable in the constructors’ championship, said it hasn’t been a straightforward season since then.
Carlos Sainz Jnr: “It hasn’t been an easy, straightforward first half of the season.”
Carlos Sainz Jnr: “But at the same time I feel like the race team is performing at a very high level on Sunday with strategy, with preparation.”