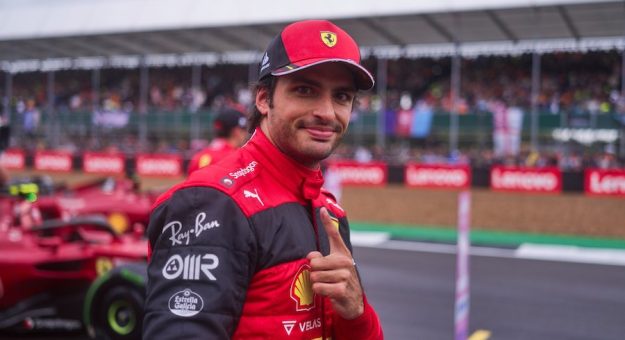 SILVERSTONE, England — Mastering wet track conditions, Ferrari driver Carlos Sainz earned his first Formula 1 pole position during Saturday’s qualifying session for Sunday’s British Grand Prix at the Silverstone Circuit. Reigning world champion Max Verstappen set the pace in Q 1 and Q2 for Red Bull, but Sainz turned a sizzling lap of 1 minute and 40.983 seconds during the final minutes of the third and final session to secure his first pole on a weekend where he will make his 150th Formula 1 start. Sainz’s teammate, Charles Lecclerc was third, while Sergio Perez timed fourth quick in the second Red Bull.