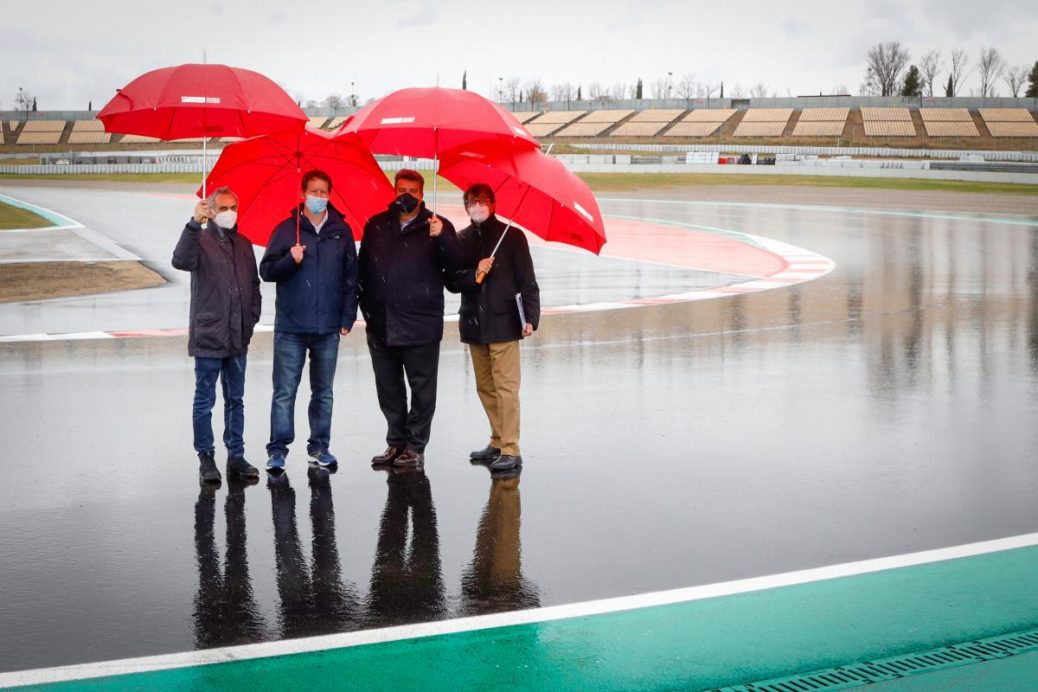 Franco Uncini, MotoGP™ Legend and FIM Safety Officer, spoke exclusively to motogp.com about the brand-new Turn 10 layout at the Circuit de Barcelona-Catalunya, and how both the FIM and FIA agreed on the changes that needed to be made. Uncini and Stuart Robertson, Head of Circuit Safety and Rally at the International Motorsport Federation (FIA), visited a rain-soaked Circuit de Barcelona-Catalunya on Monday the 8th of February to have a close inspection of the work done by the circuit to improve the safety of Barcelona’s famous Turn 10. But we complained a lot because this turn wasn’t a real turn. “It’s safer, better and also more exciting as a turn. When it’s a very, very tight turn, everybody can go fast in a tight turn let’s say. Uncini and the FIM, working together with the circuits, continue to do an outstanding job to make racing as safe as it possibly can be. The rebranded Turn 10 in Barcelona is exactly that – making the circuit safer, but also creating a corner that makes for a more exhilarating spectacle. Both federations agreed that Turn 10 needed to be re-modified, a great example of how closely the FIM and FIA now work. That time was very difficult for all the circuits, but also both federations.