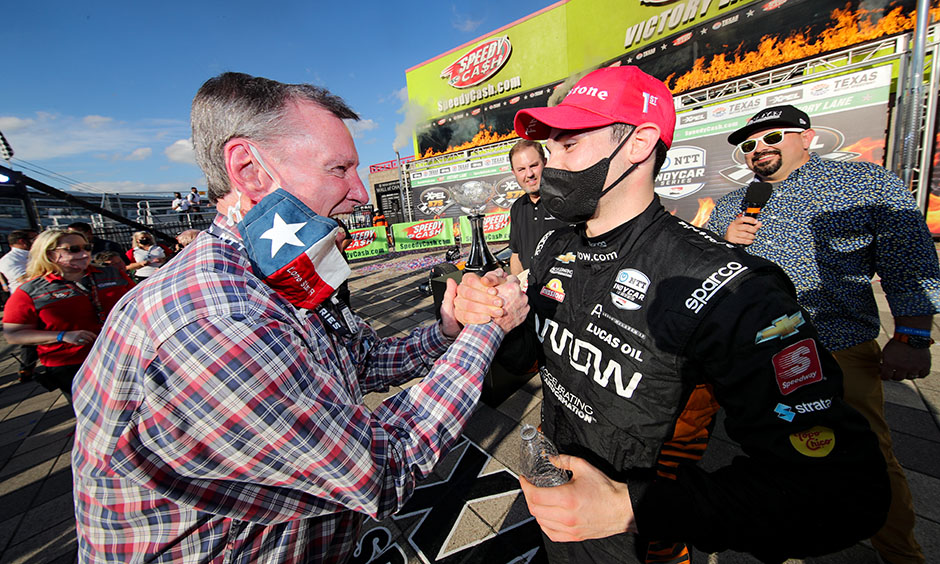 Three-time Indianapolis 500 winner Johnny Rutherford came away from attending last weekend’s NTT INDYCAR SERIES doubleheader at Texas Motor Speedway convinced that Pato O’Ward can become the next McLaren driver to win “The Greatest Spectacle in Racing.”. Rutherford delivered McLaren “500” victories in 1974 and 1976. The English team left INDYCAR following the 1979 season but not before Rutherford had amassed 18 race victories, including a sweep of the Atlanta Motor Speedway doubleheader in McLaren’s farewell season. Rutherford has served as a team consultant since McLaren’s return. O’Ward finished a solid sixth for Arrow McLaren SP in last year’s race at Indianapolis Motor Speedway to earn the Rookie of the Year Award. Rutherford believes the winner of last Sunday’s XPEL 375 has all of the tools necessary to win the 105th Running of the Indianapolis 500 presented by Gainbridge at IMS. Rutherford has stressed to O’Ward the importance of being patient in long oval-track races, and “Lone Star J.R.” said that’s what the 2018 Indy Lights champion showed at Texas in finishing third in Saturday’s Genesys 300 and winning Sunday’s XPEL 375. But he didn’t, and Rutherford said that type of approach will be necessary at Indy. Rutherford likes the team’s chances, particularly with O’Ward.