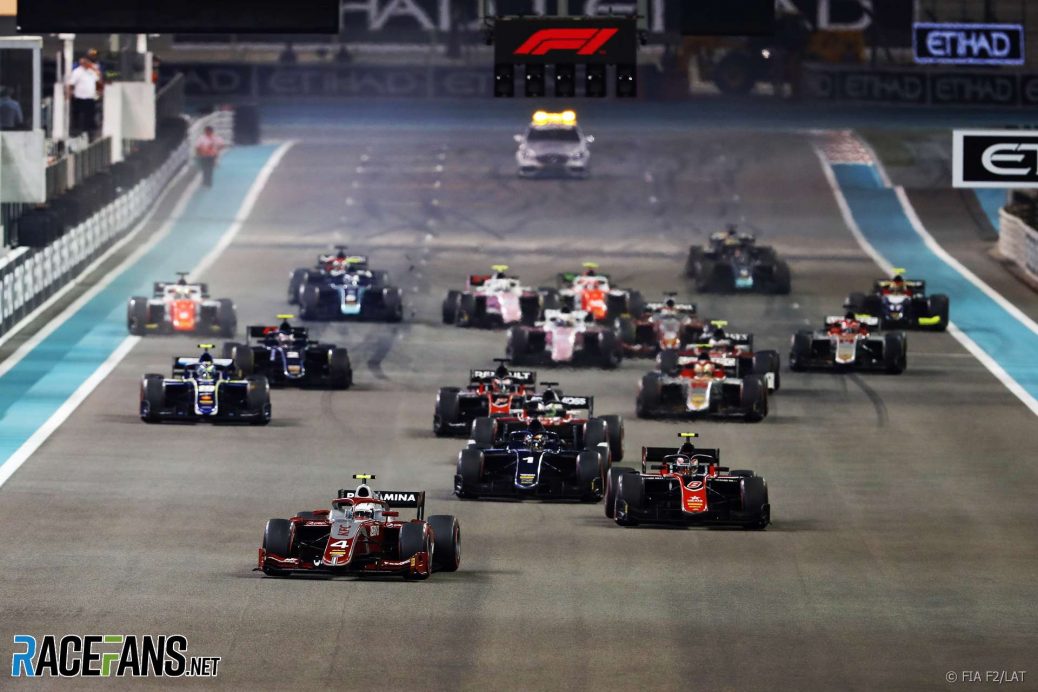 Russell went into the race with a 41 point lead over Albon, after claiming his fifth pole of the season at Yas Marina.
De Vries got a superb getaway from second on the grid, taking the lead while Russell had wheelspin that saw him defending from fourth-placed Markelov by turn one.
At the same time, Artem Markelov stormed past Nyck De Vries for third, quickly gaining on second-placed Russell and pushing the fight to the last few laps – however many remained in the last seven-and-a-half minutes.