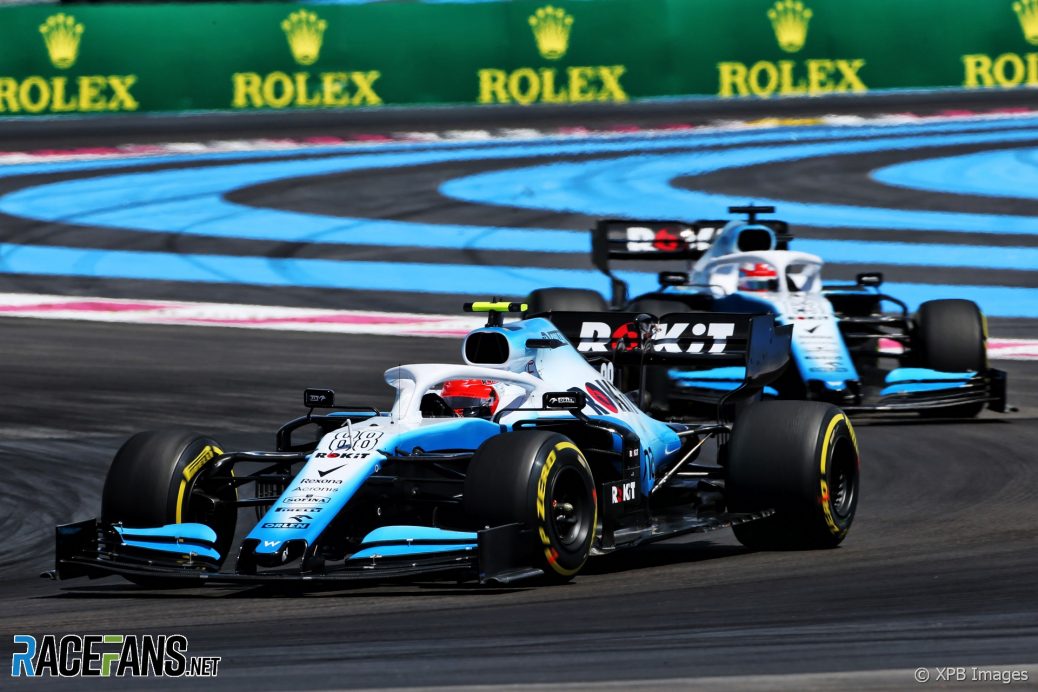 George Russell said his fight with Robert Kubica was “good fun” despite having to pit for a front wing change after being forced wide by his team mate.
Although he told the team on the radio he was quicker than Kubica, Russell said he wasn’t hoping they would be ordered to change places.
“I told the team at the start I felt I was quicker than him but didn’t expect anything to change, I wanted to do it fairly and properly on track.”
“The first attempt I went wide and damaged the front wing.”
Russell had to make a second pit stop to replace his front wing.