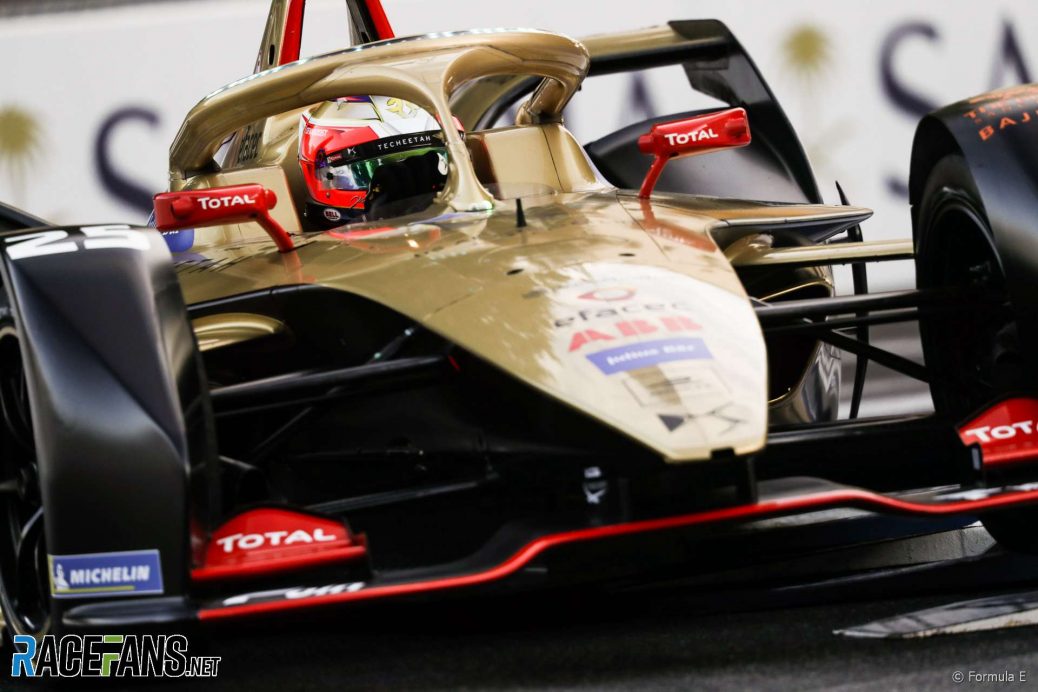 Jean-Eric Vergne has taken pole position for the Monaco Eprix, as fastest man on track Oliver Rowland faces a grid penalties for an incident in the previous round.
Rowland then set a 50.021, the fastest lap of any qualifying session so far.
He looked to be struggling compared to Rowland, two tenths down on his teammate after Sector One – and couldn’t make up the time; he only managed a 50.234, provisionally putting him in second after Rowland’s penalty is applied.
However, Jean-Eric Vergne was able to do enough to, with Rowland’s grid-place penalty, take provisional pole in Monte Carlo.