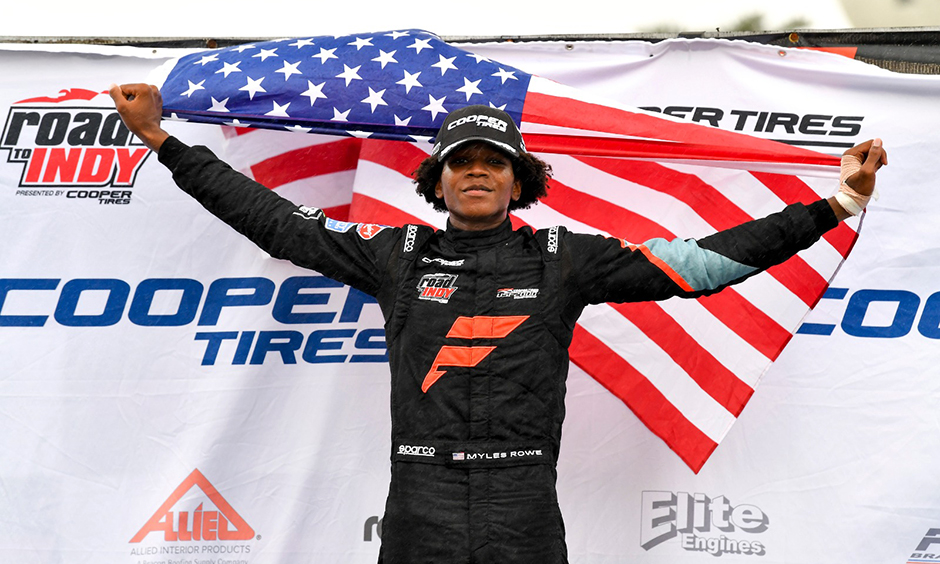 Myles Rowe, driving for the African American-owned Force Indy team, made history Sunday by becoming the first Black driver to win an INDYCAR-sanctioned race when he captured the second leg of the Cooper Tires USF2000 Grand Prix tripleheader Sunday, Aug. 29 at New Jersey Motorsports Park. 99 Force Indy car with just a few corners remaining in the 20-lap race after starting 10th. “He told me, ‘Keep going, keep going!’ I knew I was in second, but looking at my first win, I just didn’t believe it. Once I took the checkered, my first thought was – I’m here. Rowe also took home the Tilton Hard Charger Award, his first of the season, while Force Indy team principal Rod Reid was presented with his first PFC Award as the winning car owner. Porto won the first leg of the USF2000 tripleheader Saturday on his 18th birthday, while 16-year-old Siegel also earned his first career USF2000 win in the last race of the weekend tripleheader Sunday.