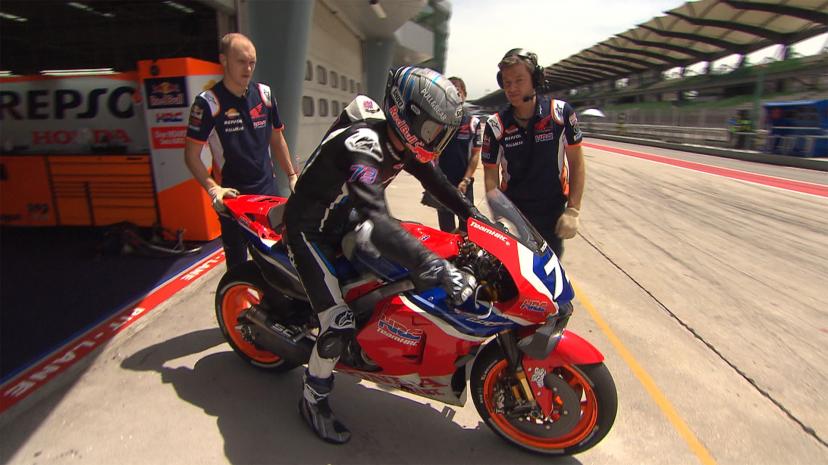 The second day of the Sepang shakedown test has ended as factory test riders and rookies were joined by Pol Espargaro (Red Bull KTM Factory Racing) and Miguel Oliveira (Red Bull KTM Tech 3), the duo able to ride due to KTM’s concessions. Alex Marquez (Repsol Honda Team) completed his final day of the shakedown test before heading to Jakarta for the team launch on Tuesday. According to Aprilia Racing Manager Romano Albesiano, Smith is doing the important basic checks of the new machine before Espargaro jumps on board. Lorenzo Savadori was once again riding the 2019 Aprilia.