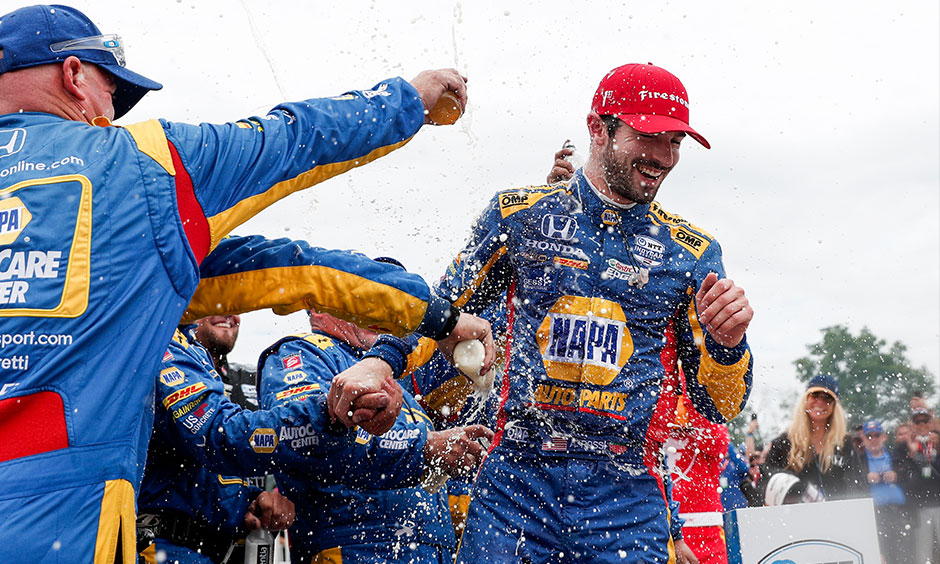 “It was probably one of the best race cars I’ve ever had,” Alexander Rossi said of his No. 27 NAPA AUTO PARTS Honda.
The only lap Rossi didn’t lead came on the last of his three pit stops in the caution-free race.
Team Penske’s Josef Newgarden, who finished third Sunday, has 402 points to Rossi’s 395.
“Obviously you don’t want to complain about getting second places because they’re good results,” said Rossi, who had three runner-up results in the previous four races.