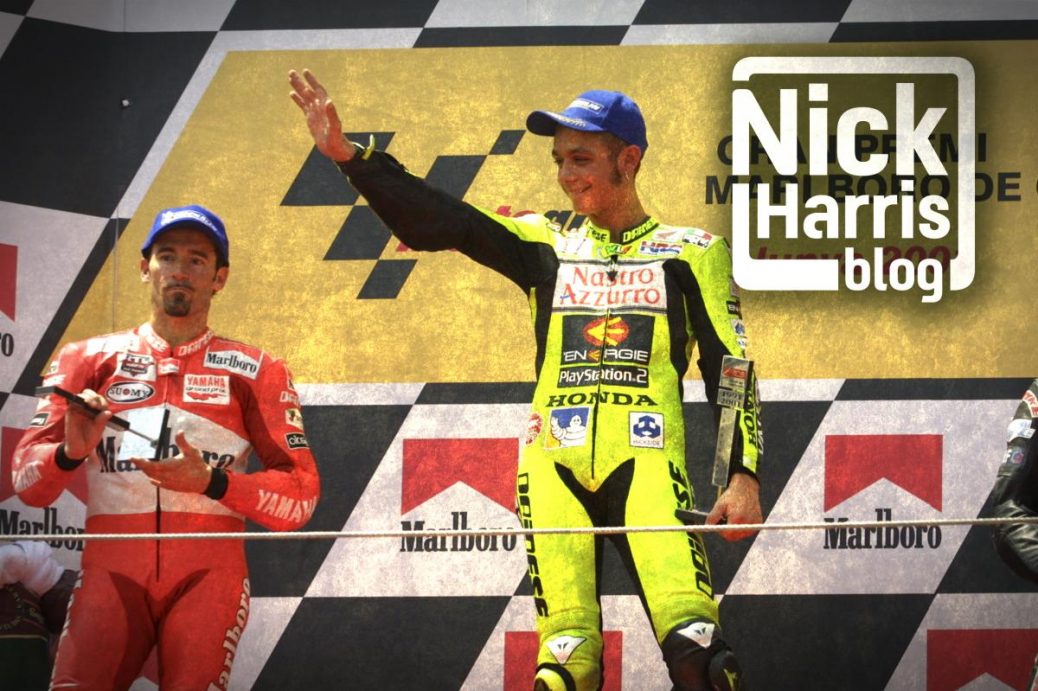 Rossi vs Biaggi: The only thing missing were the lions

Two of the greatest Roman gladiators return home to their very own Colosseum, the Mugello Autodromo, this weekend. Thirteen Grand Prix World titles and 157 Grand Prix victories between them but there is so much more to this story. After an alleged argument in a restaurant when Biaggi was 250cc World Champion and teenager Rossi was on his way up, they fell out. Rossi’s making his debut for Biaggi’s former employers at Yamaha and winning by just 0.210s from his bitter rival. Biaggi deserved to win a 500cc World title but perhaps he arrived in the premier class at the wrong time. So much was down to the arrival of the 125 and 250cc World Champion, Rossi, on the scene.