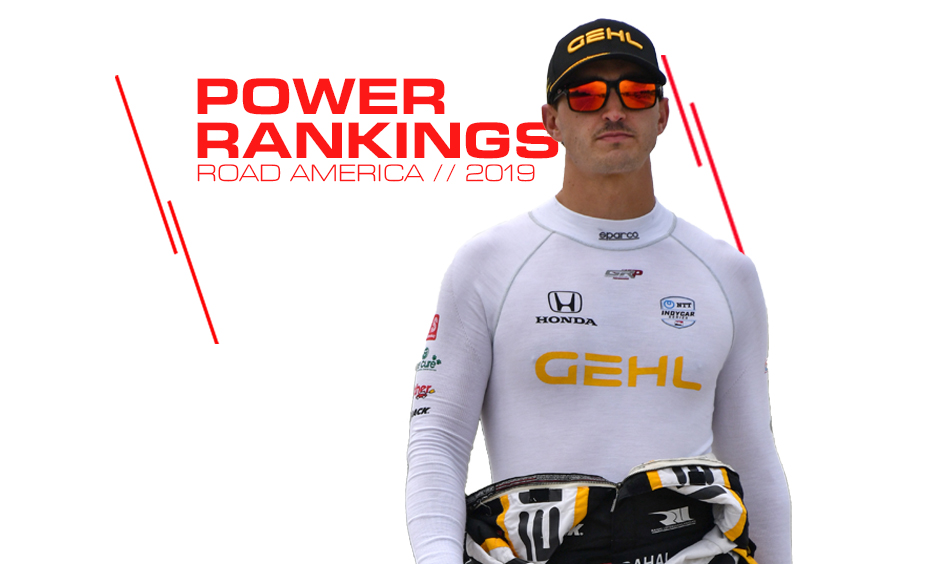 So, following Texas and heading to Road America, here’s a look at the top NTT IndyCar Series drivers:.
Graham Rahal – The same 10 drivers that have made up the top 10 after the last two races make up this week’s top 10 as well.
Rahal rises to his highest ranking of the season after a solid fourth-place finish at Road America.
He’s also cutting into Rossi’s top spot in the rankings.
Simon Pagenaud (Last Rating: 7) – Pagenaud stays seventh in the ranking after finishing ninth at Road America.