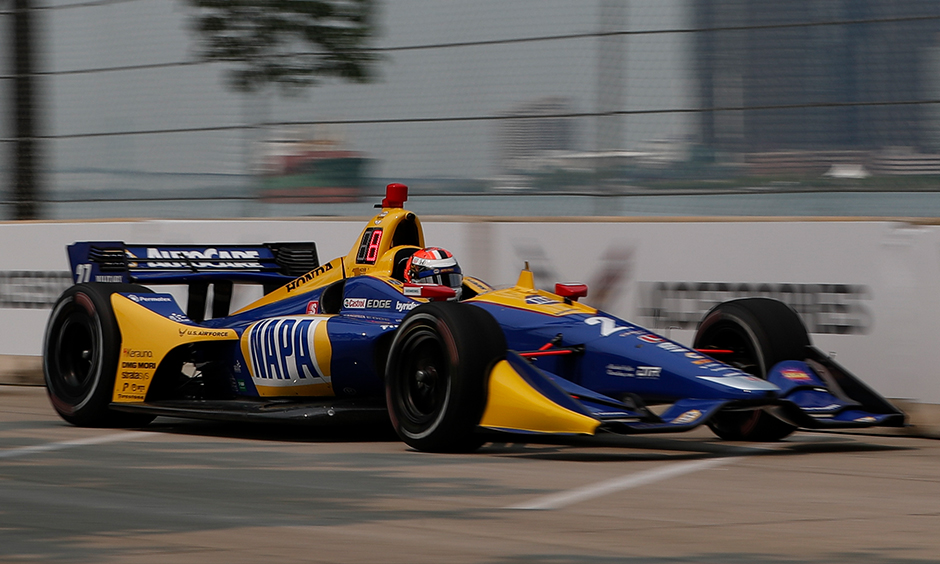 Driving the No. 27 NAPA AUTO PARTS Honda, Rossi navigated the bumpy street course at Belle Isle Park in 1 minute, 15.1367 seconds (112.595 mph) to record the best lap among the day’s three practice sessions.
Rossi led 46 laps in the second race of last year’s Detroit doubleheader before going into the runoff area in Turn 3 and slipping to 12th place at the finish.
Simon Pagenaud – winner of the two most recent NTT IndyCar Series races, the INDYCAR Grand Prix and 103rd Indianapolis 500 presented by Gainbridge – placed 10th overall in Friday practice with a lap of 1:16.2923 (110.889 mph) on the No. 22 DXC Technology Team Penske Chevrolet.