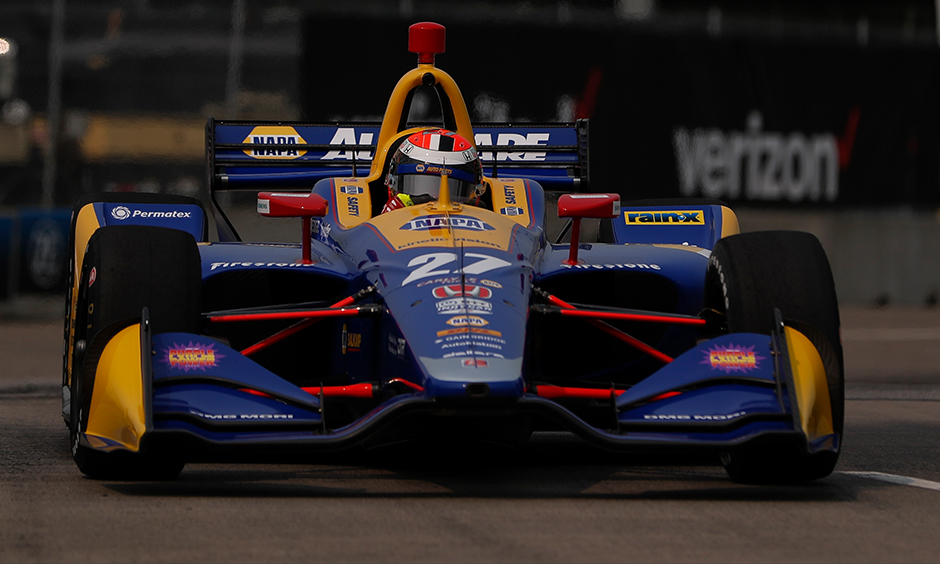 Detroit – Alexander Rossi won the NTT P1 Award for the second straight Chevrolet Detroit Grand Prix presented by Lear race, capturing the pole position Saturday morning for the NTT IndyCar Series race later in the afternoon.
Rossi, the pole sitter for the second half of the Detroit doubleheader in 2018, sped around the 2.35-mile, 14-turn temporary street course at Belle Isle Park in 1 minute, 14.1989 seconds (114.018 mph) on Saturday to repeat his pole-winning effort.
The Chevrolet Detroit Grand Prix is the only doubleheader on the NTT IndyCar Series schedule.